Want to experience fun in Bohol but just doesn’t have enough time! Here are some attractions one can visit for just two days in Bohol!

A lot of attractions can be found in Bohol, visiting/experiencing them all can’t be done in just a short amount of time. Or maybe you can visit them all but you won’t be able to experience the beauty of it or enjoy Bohol.

The following list will tell you what to do and where to go to fully enjoy Bohol in just 2 days and 2 nights. 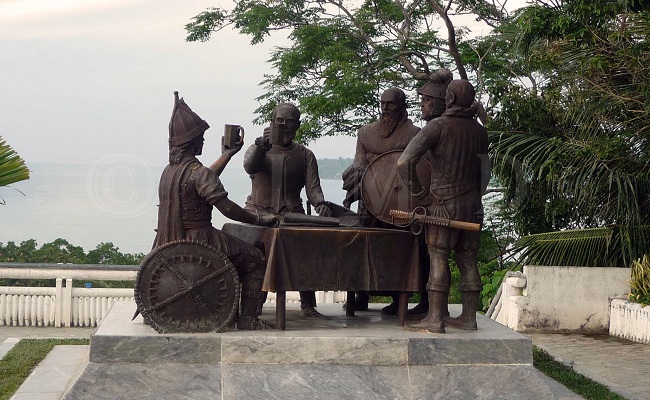 The blood compact site is located at Barangay Bool in Tagbilaran City, Bohol. The place is where Miguel Lopez de Legazpi and Datu Sikatuna, in 1565, forged a blood compact symbolizing the first treaty of friendship between Asia and Europe.

The blood compact that happened in Bohol, Philippines was later then called “The Sandugo”, which means “one-blood”.

The mentioned event is featured in both the provincial flag and the official seal of the provincial government of Bohol. The top of the seal tells the history behind the Sandugo that occurred in Bohol, the location where the Spaniards landed, and the place where the treaty was conducted which was dated on March 16, 1565.

Going to the said site takes approximately 30 mins from the port of Tagbilaran City. 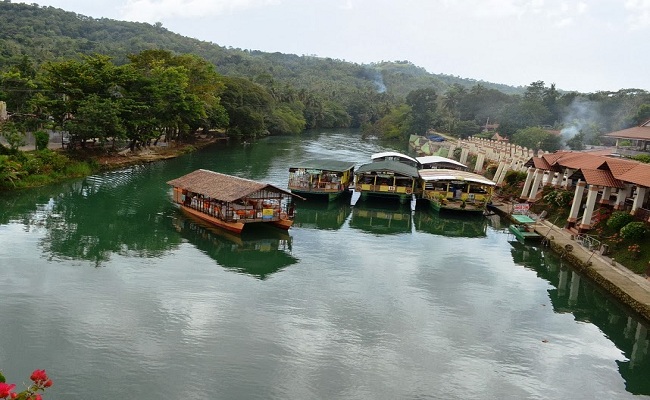 The Loboc River (also known as Loay River) is a river in the province of Bohol, Philippines, and is one of the major tourist destinations of Bohol.

The water source of the mentioned river can be found among the Chocolate Hills of Carmen. From there, the river is a ride of beautiful 1.5 kilometers which makes it good for lunch, rest, or sight seeing. Continuous rains makes the river a great ride and view throughout the year.

The main activity in the mentioned attraction is the River Cruise which attracts both local and foreign tourist. The river cruises begins in the town of Loboc, travelling upstreams, reaching another attraction called Busay Falls. Because of its clean, green, and serene river environment along with the tasty local food served, the place is now known widely across the country  and the world. Aside from that, there are other activities to be done in Loboc River such as stand-up paddleboard, and etc.

An hour of travel from Dao Integrated Terminal, and one will reach the magnificent Loboc River. For better experience, try the Loboc River night cruises. 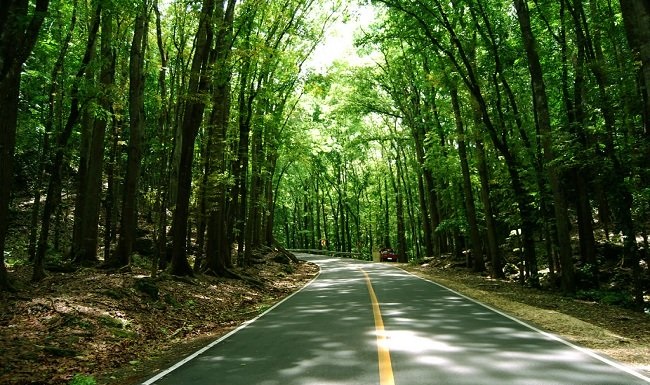 A forest of densely planted mahogany trees in a two-kilometer stretch. The Man-made Forest is the first and only man-made forest in the Philippines located in

A few moments away from the Loboc River Cruise, and you will see this astonishing forest. 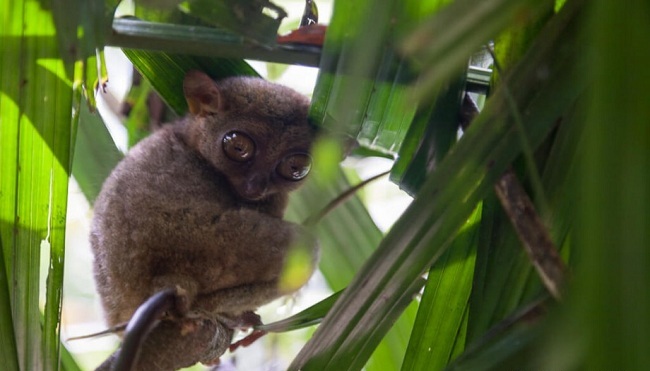 The tarsier sanctuary is originally a six-hectare woodland located in barangay Upper Bonbon, Loboc, Bohol. A few minutes away from the Loboc part of the man-made forest. Tarsier Conservation Area is the recently developed home of the captive tarsiers which was previously displayed for tourist along Loboc River for Decades.

The tarsier (tarsius syrichta fraterculus) is considered to be the mascot of Bohol’s tourism. It is locally known as - mamag, mago, magau, maomag, malmag, and magatilok-iok. For many years, tarsiers in Loboc Riverbank were poked with sticks, blinded by flash of cameras, endured day-long petting and force-feeding from tourists. Tarsier display owners were widely criticized for allowing this to happen.

An initial three-hectare area is now ready for tarsier viewing with pebbled pathways for guests laid out around the sanctuary while a thatched-roofed waiting area displaying tarsier mementos/keepsakes accommodating the expected inundation of visitors.

The entrance fee is Php 50 (Php 40 for seniors and students with ID) and free for children 12 years and below. 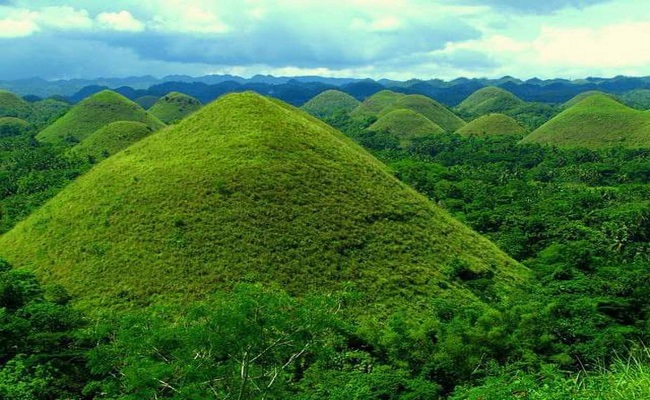 The Chocolate Hills is a geological formation in the province of Bohol, Philippines.  There are about 1,776 hills spread over an area of more than 50 square kilometers (20 sq mi). They are covered in green grass that turns brown, like chocolates, during hot season, and is the reason why it is named Chocolate Hills.

The Chocolate Hills is a well-known attraction of Bohol. They are depicted in provincial flag and seal to symbolize the abundance of natural attractions in the province. They are listed in the Philippine Tourism Authority’s list of tourist destinations in the Philippines; and have been declared the country’s third National Geological Monument and proposed for addition in the UNESCO World Heritage List.

The Chocolate Hills form a rolling terrain of haycock hills – mounds of a generally conical and almost symmetrical shape. Estimated to be from 1,268 to about 1,776 individual mounds, these cone-shaped or dome-shaped hills are actually made of grass-covered limestone. The domes vary in sizes from 30 to 50 metres (98 to 164 ft) high with the largest being 120 metres (390 ft) in height. These hills is considered the main attraction of Bohol and is scattered throughout the towns of Carmen, Batuan and Sagbayan in Bohol.

Travelling from Tagbilaran City takes up to at least 1.5 hours. 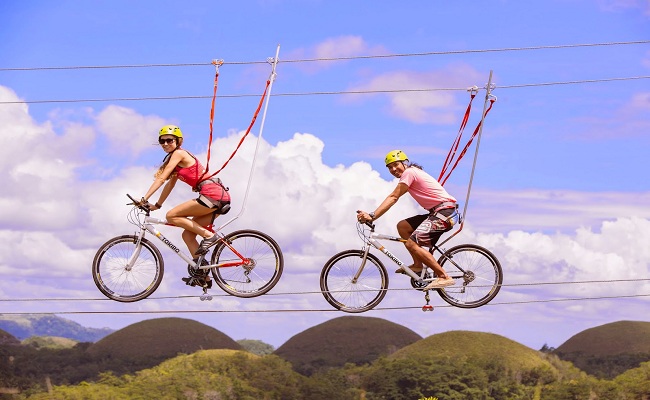 The CHAP or Chocolate Hills Adventure Park is a destination specifically created for people who wants to do adventure.

CHAP is a four-hectare compound having a viewing deck, obstacle course including a nine-course rope challenge, hiking trails, and a very unique adrenaline activity, bike zipline, dubbed as The Rush.

CHAP is a 15-minute ride from Chocolate Hills. For convenience, it is better to visit the place when you are returning to the city of Tagbilaran after going to Chocolate Hills, Sagbayan Peak, and E.A.T Danao. 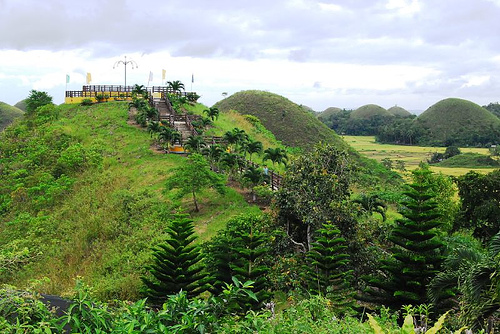 Sagbayan Peak is a mountain resort and recreation center situated in the town of Sagbayan, about 45 miles northwest of Tagbilaran City. Offering a 360-degree perspective view of the famous Chocolate Hills. From the peak, you can see the astonishing view of the distant blue sea separating Bohol and the island of Cebu. Using a monoscope at the peak, you can see the island of Cebu and other islands surrounding Bohol. The place has captured the interest of nature-lovers, local and foreign.

Approximately 30-minute ride from Chocolate Hills if there are no traffic along the way. 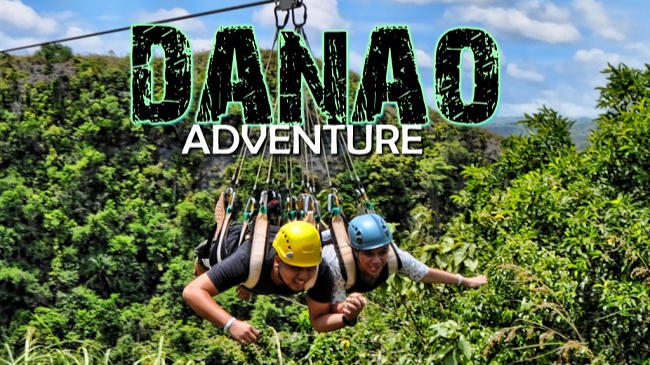 E.A.T (Eco-Adventure Tour) Danao is an adrenaline-packed alternative to the normal Bohol Tour experience, having a variety of activities and rides to choose from.

E.A.T Danao is not all “extreme adventure”. The place has a lot more to offer, including: kayaking, rappelling, and spelunking. To get most of this place, you really need to be prepared to “get down and dirty”.

And if you want to know more about the place, they also have village tours.

About an hour of travel from Chocolate Hills since the road is rocky and part of way is a little steep. 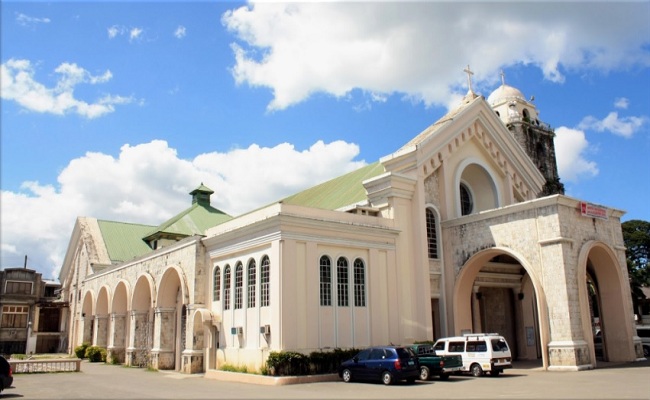 The parish of Tagbilaran is one of the first 6 parishes founded by the Jesuit missionaries who came to Bohol in 1595. Being a favorite among Jesuits, Saint Joseph the Worker, was enthroned to be patron saint by Rev. Fr. Joaquin de San jose in 1767, a year before the Jesuits were expelled from the country.

Supposedly there are more old churches Bohol can offer, unfortunately most of them was destroyed in the 2013 Bohol earthquake.

For convenience, better visit the church on your last day in Bohol. 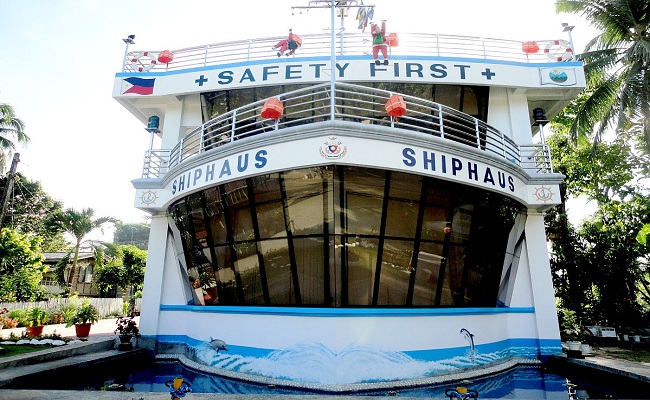 The ShipHaus is one of the famous destinations of Bohol, which is situated in Poblacion Norte, Batuan. It is uniquely shaped like a marine vessel; making it the “ShipHaus”. It is a house owned by Capt. Gaudencio Dumapias, a native of the town who came a very successful mariner.

The house was opened in the late 2011 to local and foreign tourist to showcase the culture of the town. One can see the local weavers at work and buy their wares at the souvenir shop. Inside, you will find the captain’s cabin, chief mate’s cabin, kitchen, mess hall and others. The attendants of the place are all dressed in sailor’s uniform. There is a deck that resembles the front of the ship from which one can imagine looking into the boundless ocean while refreshing oneself.

From the city of Tagbilaran to Batuan, it takes about 2 hours of travel time. If you travel by yourself, go to Dao Integrated Terminal in Tagbilaran City and catch a bus going to Carmen. Upon entering the town of Batuan, look to your right, meters away from the church you will see the ShipHaus.

Same with CHAP, it is more convenient if you visit the place when you are returning to the city proper. 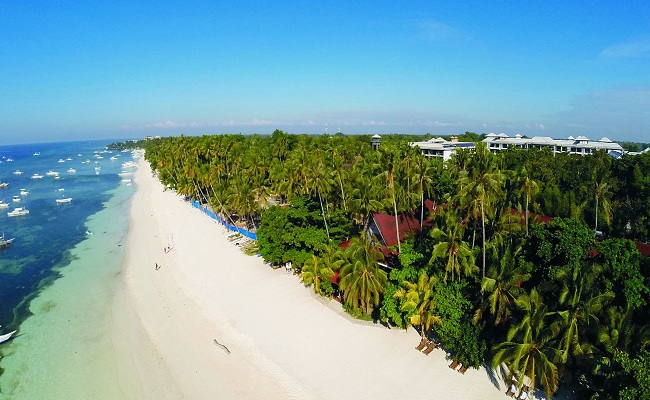 Alona Beach is a stretch of tropical paradise in Panglao Island, Bohol, Philippines. It is one of the top travel destinations in the Philippines because of its wonderful white sand beach, sparkling blue waters, world-class diving and tours. Alona Beach is easy to get to, has tons of hotels and resorts and plenty to do and see. It is a must-visit destination while you are in the Philippines and its proximity to world’s famous sites in Bohol such as the Chocolate Hills, Tarsier Sanctuaries and Loboc River makes it an ideal base for exploring Panglao, Bohol, and the rest of the Philippines.

Much better if you do the activities in Alona Beach in your second day.

And those are the things you, your family, and your friends can do in Bohol in just two days.

Of course, this is just a suggestion. You can choose how you will spend your days in Bohol, you can choose your own travel pattern and HAVE FUN!!!