In the whole island of Bohol, Jagna is said to have the best cockpit. And just off its shores is a double reef which is now a protected zone marked off by buoys. Even local fishermen are prohibited to go near the barrier reef. A retired ex-prosecutor has the power to arrest anybody that trespasses the zone mark and he had made it his hobby to look after its welfare. So beware! 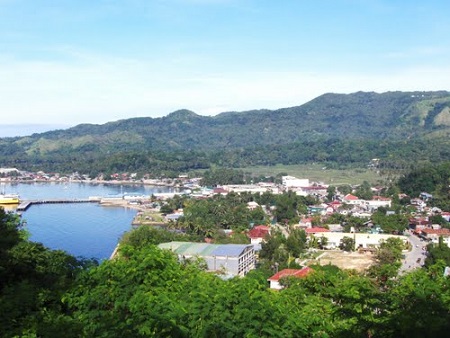 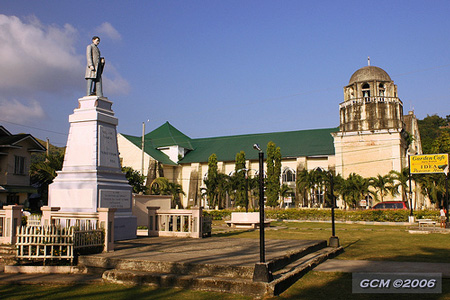 Side view of the Jagna Church with Dr. Jose P. Rizal's statue

The town celebrates the feast of Saint Michael the Archangel every September 29th of each coming year. Other Jagna Festivals are also lively.

Jagna is a bustling port town situated 63.1 kilometers from Tagbilaran City. It lies at the southern coast of Bohol and is a 3rd class municipality with a land area covering 12,063 hectares and a population of 32,034 according to the 2007 census. Read more about Jagna Economic Profile. 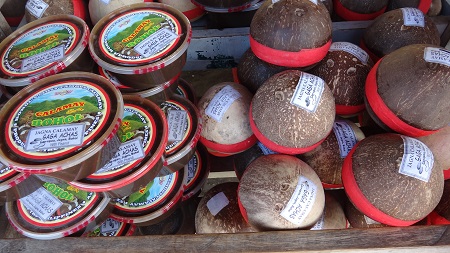 Bohol's most famous delicacy, the Calamay, which originated from Jagna

Majority of the inhabitants of Jagna are Catholics. In fact, the massive stone Jagna Church is one of the attractions of the town, and lies alongside the national highway. The church is wide and beautiful with frescoes in its ceilings.

The History of Jagna

The earliest documentation of Jagna went back to as early as March 15, 1565 when Miguel Lopez de Legaspi arrived on its shores and had his flagship “San Pedro” repaired along Jagna bay.

Subsequent records showed that as early as 1596, the Jesuits (Society of Jesus) started their work in San Miguel de Hagna and the Recollect historian Licinio Ruiz wrote that the Jesuit priest Jose Sanchez founded the parish and town simultaneously on September 29, 1631 with Saint Michael Archangel as its patron saint. 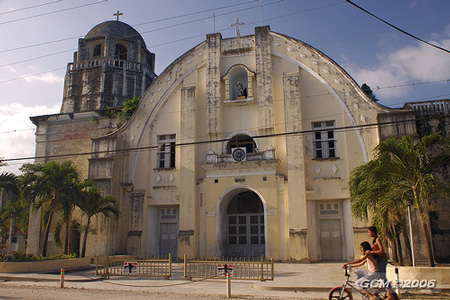 The first church and convent was built by Fr. Sanchez through forced labor but was damaged by a fire in 1808. Per records, the Jesuits left Bohol in the year 1768 and the Recollects took over. The next documented work was in 1886 stating a church with a nipa roof which is 125 yards long, 25 yards wide and 16 yards tall until the moldings. A big convent was built and completed in 1878. 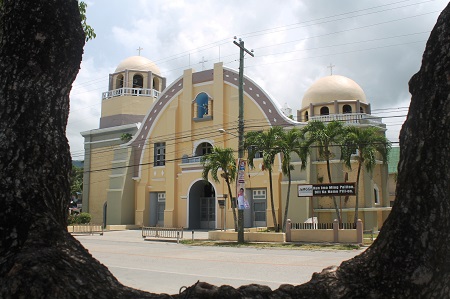 Another view of Jagna Church

Natives from Loboc and Talibon were the initial immigrants. They were on their way to Mindanao on board their sailboats called “bilos” but were waylaid due to inclement weather and forced to land in the vicinity of Jagna. They found the land rich and attractive, so they settled and established a village. Through hard and dedicated work, they turned the land into rice paddies.

Where Jagna Derives Its Name

The scenic view of Jagna Bay from far away

“Jagna” came from the vernacular exclamation “ni hagna na”, the occurrence of boiling oil reaching the stage when it is almost done. The name also revolves around a tale of a river that is teeming with a fish called “tigue” in the local dialect. When the school of that particular fish played on the surface of the water, the scales of the fishes reflect the sunlight coming from the sun above causing it to sparkle and appear like coconut oil boiling in a frying pan. And whenever the people saw the sizzling surface of the water caused by the movement of the fish, they used to remark “ni hagna na”. From this common expression, the word slowly evolved to its present name of “Jagna”.

The said river still exists but is already dried up now. At the mouth of the river is a hole or cave-in of considerable depth and size. Because of the hole, the river is called “Boho River” by the early inhabitants of Jagna.